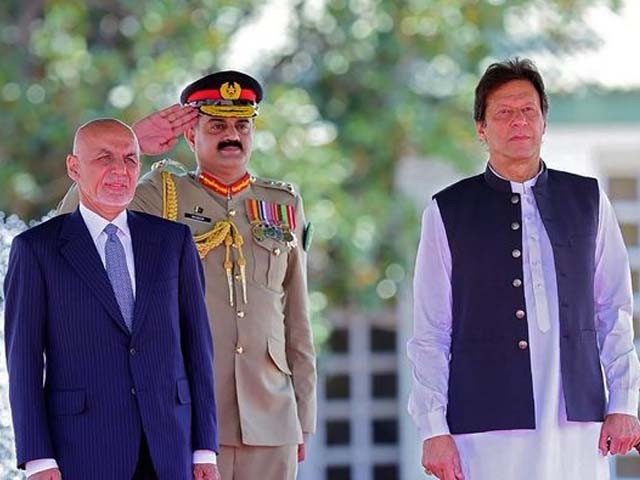 Afghanistan and Pakistan, being immediate neighbours, share more than just a border. People on both sides share cultural similarities (Pashtunwali), language (Pashto), sports (cricket), food and history. Very few neighbours on the planet can claim to share so much, yet, terror attacks constantly push both the nations away and undo years of formal and informal diplomatic efforts made towards confidence-building measures (CBMs).

It is worth noting that Pakistan has remained home to millions of Afghan refugees escaping the Soviet invasion of Afghanistan in the 1980s. Even today, nearly 2 million documented and undocumented Afghans live in Pakistan, run their businesses, send their children to schools and universities, are married in Pakistani families, and, therefore, consider their host country home.

However, after the collapse of the Taliban regime in Afghanistan in 2001, the two countries have remained at odds in building mutually beneficial and trusted relations. Moreover, on the people-to-people level, in some sections, there still remains animosity and hatred towards each other. This can widely be noticed when, soon after a terror attack in either country, the social media “trolls” start propagating fake news and hate-filled content, calling out citizens of the other country. Where Pakistanis use various derogatory slurs for Afghan refugees, calling them terrorists and accusing them of “having a soft spot for Pakistan’s arch-nemesis India”, Afghans, on the other hand, pin nearly all terror attacks in their country on Pakistan; especially on the intelligence agencies and the military establishment.

Political leaders and people of Afghanistan feel that they have failed to seek sufficient conviction from Pakistan to prove itself as a reliable regional partner. They also feel that Islamabad has provided little incentive or support to the civilian Afghan governments in building credibility and overcoming security hurdles. In addition to that, there remains a widespread perception in Afghanistan that Islamabad did not take the Kabul government’s side in the US-Taliban peace talks.

Pakistan, on the other hand, feels that all governments in Kabul since 2001 have sought to scapegoat Islamabad for all security mishaps and attacks in Afghanistan. Moreover, after conducting dozens of major and minor military operations in the erstwhile FATA (Federally Administered Tribal Areas) region, Pakistan also believes that it has “contained” much of the militant and terrorist activity on the border. Hence, in order to consolidate on the gains from these operations, Pakistan has made substantial progress on fencing of the Afghan border. However, Afghanistan’s reservations on the fencing and continued reluctance to accept a globally recognised border (The Durand Line), according to Islamabad, hints at the non-seriousness of governments in Kabul to discuss mutual security and development concerns. Therefore, the mistrust between both the neighbours has also resulted in a vicious cycle of blame game on both sides.

In terms of its security landscape, Afghanistan has continued facing lingering violence and conflict over the past 20 years. Both post-Taliban administrations in Afghanistan, the Hamid Karzai government (2001-2014) and the Ashraf Ghani government (2014-present), have remained unsuccessful in effectively tackling the fundamental challenge of insecurity in Afghanistan. Their inability in bringing peace to the country is also partly due to their failure in building a viable regional consensus; especially with Pakistan. Unilateral approaches and lack of cooperation has resulted in the pursuit of alienated and divergent foreign policy objectives in Kabul.

Afghans experience detriments of violence in towns and villages on a daily basis. The recent brutal siege of a maternity ward at a hospital in Kabul, in the midst of the Covid-19 pandemic and in the holy month of Ramadan, is a stark reminder that all Afghans, including children and women, are vulnerable targets to terror and violence.  The country cannot resolve its security dilemmas on its own. It does and will require a brotherly hand from Pakistan to overcome this crisis effectively.

Pakistan, in recent years, has been largely successful in curtailing terrorism on its home soil. This means that Islamabad now has the military “know-how” to disrupt and contain terrorist groups. By lending these insights and knowledge to the Afghan security institutions, Islamabad can play an instrumental role in facilitating a peaceful resolution to on-going conflicts in Afghanistan. Moreover, Afghanistan, for its part, should listen to Pakistan’s legitimate concerns and play its needed role towards contributing to regional peace and stability.

However, Islamabad also needs to shed its notorious “pro-Taliban regime” perception that it has gained among wider sections of the Afghan population. Afghans argue that if Pakistan is serious in establishing peace in the region, it should also support the cause of a “stable, free and democratic” Afghanistan. In this regard, many Afghans commonly ask,

“If Pakistan cannot accept a militant regime in its own backyard, and has fought against militant groups, why does it wish the same for us (in form of a Taliban regime)?”

The people of Afghanistan have suffered violence for far too long and perhaps no one understands how this feels better than the Pakistanis living next door.  It is time for both the neighbours to jointly work towards breaking the siege of terror that has inflicted suffering on innocent people and continues to claim precious lives.

The writer is based in Australia and holds a PhD in Politics from the University of Newcastle, New South Wales. He has previously completed his Masters in Public Policy and Conflict Studies from Germany. He also occasionally consults Islamabad-based Centre for Research and Security Studies (CRSS) and writes for various news, academic and media sources. His areas of interest and research Indigenous conflict resolution, South Asian history, postcolonialism, and counter insurgency. He tweets @drfarooqyousaf (twitter.com/drfarooqyousaf)

Lessons for a ‘smarter’ lockdown

What will be the global ramifications of Trump halting WHO funding?

Vladimir Putin ‘snubbing’ Imran Khan – why all the fuss?

With a possible rise of the Taliban regime, should Afghanistan’s neighbours be worried?