A video of Mutahida Qaumi Movement (MQM) founder Altaf Hussain puportedly showing him at the funeral of his daughter who succumbed to Covid-19 has gone viral.

The Express Tribune analysed the clip and found the claim to be false as it shows Hussain paying his respects at the demise of Safia Akbar, a senior member of the party who was in-charge of the MQM’s International Secretariat ladies wing.

Her funeral took place at the Merton and Sutton Joint Cemetery in Easton, in London on May 22.

Altaf Hussain lost his daughter to Covid-19 at UK. pic.twitter.com/vl4xaFJPFD

The clip with the caption,”Altaf Hussain’s daughter laid to rest in London after she succumbed to coronavirus,” was shared thousands of times on social media. 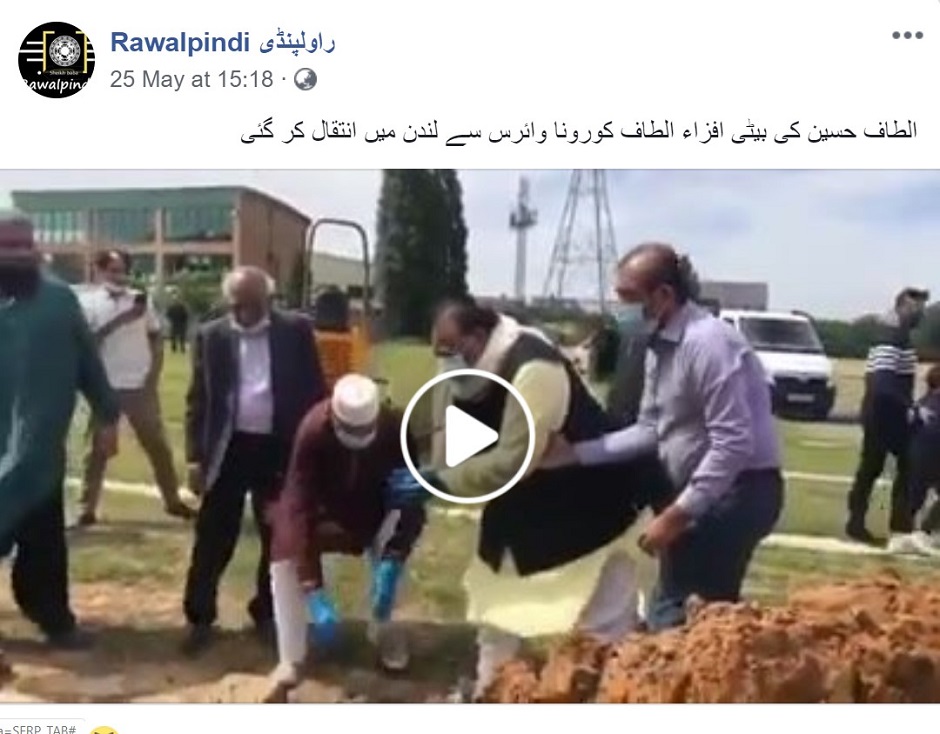 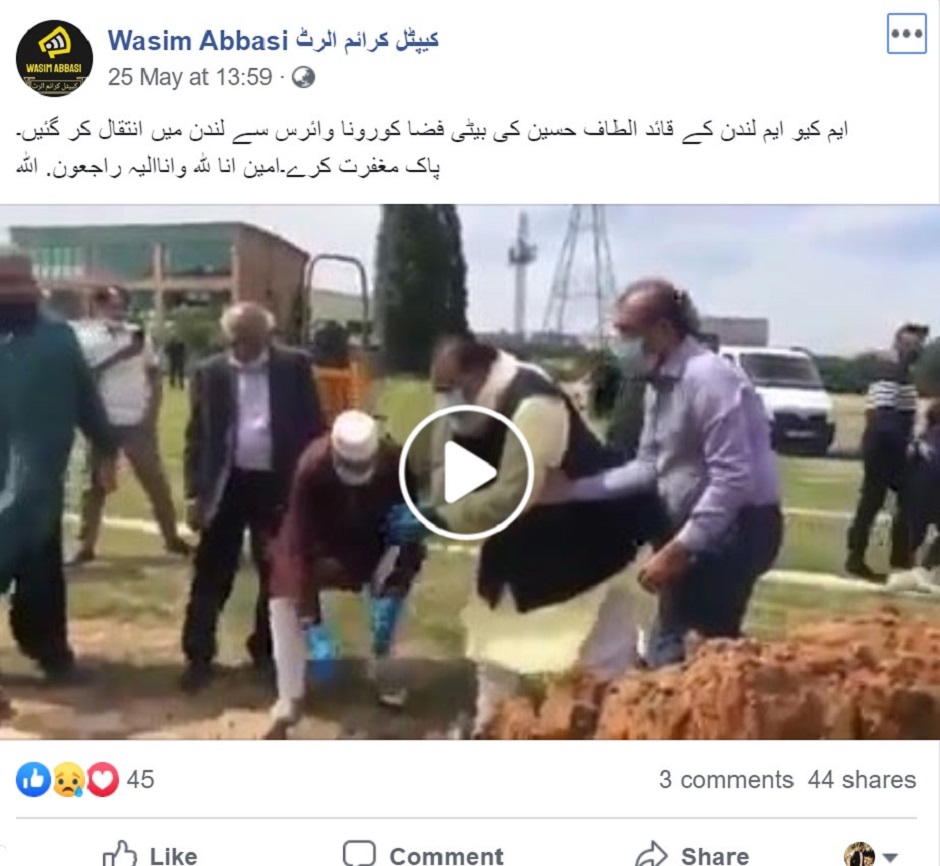 In the footage, Hussain can be seen carrying the coffin wearing a mask and gloves as he wails as the body is being escorted out.

Party sources confirmed that the visuals show Hussain attending the  Akbar’s funeral and that Afzaa Altaf is “‘alive and well”.