KARACHI: Driven by Prime Minister Narendra Modi’s vainglorious jingoism at home and his quest for hegemony in the region, India appears to be triggering another standoff with China – this time in the Ladakh region.

According to reports by Indian media sources, the flare-up even led to a scuffle between troops from both sides that resulted in multiple Indian security personnel being detained by Chinese forces.

“The situation became very volatile last Wednesday when a scuffle between Indian personnel and the Chinese resulted in detention of some of our jawans but later they were released,” NDTV quoted a senior Indian bureaucrat as saying.

Well. Indian press says an Indian soldier was detained by Chinese ones last week. What's amazing is that India's army chief was playing down the dispute as a routine matter as late as Wednesday (https://t.co/aYtgT0ZIAP). Now looks much more serious. https://t.co/v6Sx3OrVzp

The detained troops belonged to the Indo Tibetan Border Police (ITBP), the bureaucrat said, adding that Chinese authorities also seized their weapons following the confrontation. “But eventually weapons were handed back and our jawans also came back,” he was quoted as saying further.

While the Indian army in a statement denied any of its personnel were held by China, it remained mum on the detention of any border guards, the NDTV report added. It also claimed the incident took place on India’s side of the Line of Actual Control – much to the embarrassment of New Delhi. 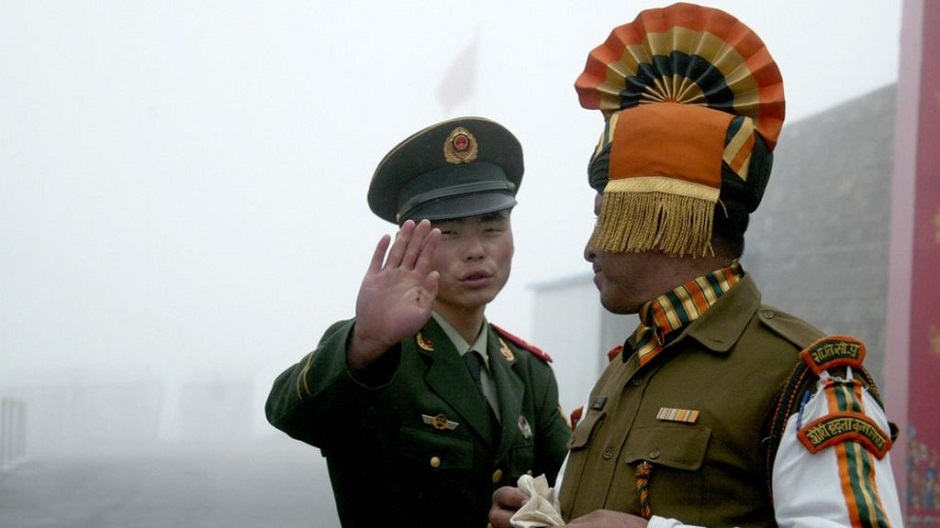 Now, soldiers from both sides have been camped out in Ladakh region’s Galwan Valley, according to Reuters. “About 80 to 100 tents have sprung up on the Chinese side and about 60 on the Indian side where soldiers are billeted. Both were digging defences and Chinese trucks have been moving equipment into the area,” the report quoted Indian officials as saying.

Meanwhile, India’s The Print reported that Chinese troops had moved as far as three kilometres into India’s side of the Galwan Valley. Quoting sources ‘in the know’, the online publication said that Beijing was also moving men into ‘finger areas’ of Pangong Lake while boosting its forces on its side of the LAC.

Both sides now reportedly have thousands of troops stationed on either side of the ceasefire line, leading observers to draw comparisons with the 2017 standoff between India and China in Doklam.

The trigger this time, however, appears to India’s own actions in the disputed area. Former Indian military officials and diplomats told Reuters that New Delhi’s construction of roads and airstrips in Ladakh were the most likely reason for drawing Beijing’s ire.

“Today, with our infrastructure reach slowly extending into areas along the LAC, the Chinese threat perception is raised,” Reuters quoted former Indian foreign secretary Nirupama Rao. “Xi Jinping’s China is the proponent of a hard line on all matters of territory, sovereignty. India is no less when it comes to these matters either.” 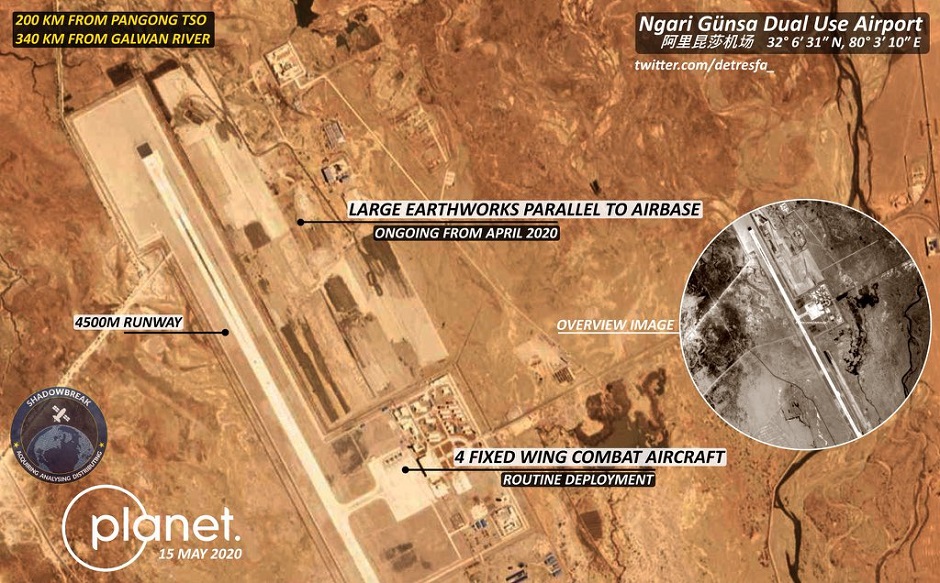 “China is committed to safeguarding the security of its national territorial sovereignty, as well as safeguarding peace and stability in the China-India border areas,” the Chinese Foreign Ministry spokesperson’s office said in a statement to Reuters.

“At present, the overall situation in the border areas is stable and controllable. There are sound mechanisms and channels of communication for border-related affairs, and the two sides are capable of properly resolving relevant issues through dialogue and consultation.”

Prime Minister Narendra Modi has been looking to build 66 key roads along the country’s border with China. One of these, located in the Galwan Valley, was inaugurated last October and may have been a more immediate trigger for a robust response from Beijing.

The issue, however, stretches far deeper and connects to Modi’s destabilising politics in the region. In a bid to bolster his strongman image before his constituents, Modi’s regime has taken a rash approach to regional politics that has both alienated its friends and raised alarm bells in the country that don’t see eye to eye with it.

By building another road in territory claimed by Nepal, Modi’s government resurrected a border dispute with the Himalayan nation that had been dormant for many years. In 2015, Indian troops also violated Myanmar’s territory in a cross-border operation New Delhi claimed targeted Naga militants.

More high-profile have been India’s actions in Occupied Jammu and Kashmir along the Line of Control which, while satiating rightwing sentiment domestically, have led to embarrassment on the world stage.

In 2016, India claimed it conducted a ‘surgical strike’ on the Pakistani side of the LoC, an action that Islamabad categorically denied ever took place and Delhi offered no proof of. That same year Pakistan also captured Indian spy Kulbhushan Jadhav in Balochistan, who confessed to taking part in destabilising activities in the country.

Last year, Modi ordered a botched air strike in Balakot that prompted Pakistan to retaliate by shooting down two Indian warplanes and capturing the pilot of one of them. The Indian premier’s move brought the two countries closest to war in almost 20 years.

More recently, Modi’s government also unilaterally revoked constitutional provisions that guaranteed special status for Indian Occupied Jammu and Kashmir before placing the region under total lockdown. China, along with Pakistan, has been especially critical of the reorganisation of the region and particularly lashed out against New Delhi for making Ladakh a union territory.

Modi followed up that contentious decision with another one that has proved especially divisive among Indians and exposed his regime’s Hindu nationalist agenda. The decision to create a National Register of Citizens and to promulgate the Citizenship Amendment Act that discriminates against Muslims prompted widespread protests against Modi and his regime within India.