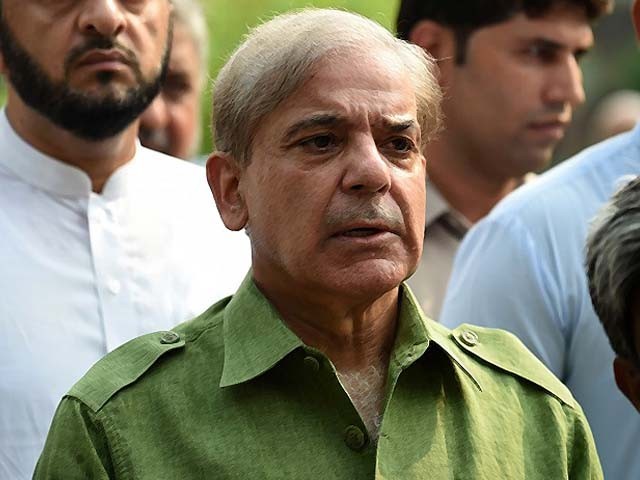 In a recent interview, President of the Pakistan Muslim League-Nawaz (PML-N) and leader of the opposition in the National Assembly, Shehbaz Sharif claimed that prior to the 2018 general elections two reputable journalists carried to him a message from the establishment promising that he would be the country’s next prime minister. According to Shehbaz, until a month before the elections he was negotiating with the establishment and was even finalising the names of his cabinet ministers. While the interview has been discussed extensively over the last couple of weeks, neither Shehbaz nor the establishment chose to deny its contents.

Over the last 35 years, there have been countless instances of political parties accusing each other of being in cahoots with the establishment to influence the outcome of a given elections. This however is the first time that a politician of Shehbaz’s stature has admitted to being in talks with the all-powerful establishment prior to a national election with an intention to subvert the popular mandate. Given the importance of these revelations, it is worthwhile examining what they signify for each of the important stakeholders in Pakistan’s political arena.

Prior to the 2018 elections Nawaz Sharif decided to make civilian supremacy the focus of his party’s campaign. This was a clear departure from the party’s previous elections campaigns that had focused entirely on the economic and infrastructure development – particularly mega projects – accomplished during PML-N’s tenure. “Vote ko izzat do” replaced slogans calling for “Roshan Pakistan”, motorways, power-plants and extravagant public transport projects. This appealed to a particular constituency in the country which gravitated towards the PML-N. Despite the election defeat, this constituency has stayed loyal and ideologically connected to the party.

The admissions made by Shehbaz however reveal that even when PML-N was campaigning on a narrative of civilian supremacy, the party’s top leadership was busy bargaining with the establishment. This will certainly dent the credibility of the PML-N’s anti-establishment narrative and will lend credence to the claims that even among the highest echelons of the party, there still remains an inclination to compromise with the establishment. The slogan of civilian supremacy therefore seems to ring hollow, and the party will lose support among its ideological supporters.

If these claims, which have so far not been denied, are to be believed then the elections that led to the formation of the Pakistan Tehreek-e-Insaf (PTI) government were of dubious credibility. This compromises the moral standing of the government, and will provide more impetus to the accusations that the current dispensation is doing the establishment’s bidding in return for their support during the elections.

These revelations also suggest that the government is standing on thin ice. For the largest opposition party, abstract ideas – such as civilian supremacy – will not trump the considerations of realpolitik when the time is apposite to plot the government’s downfall. The only hope for the government in such a situation would be to rely on its grassroots support, which can only be retained by improving governance and delivering on campaign promises.

Pervez Musharraf’s unceremonious exit seems to have taught the country’s powerful establishment an invaluable lesson; it is always better to run the show from behind the scenes. The establishment continues to wield significant influence over political parties, and even parties taking anti-establishment positions publicly are not immune to this influence. While the PTI government currently seems to enjoy the support of all institutions, Shehbaz’s claims also indicate that the establishment has several alternatives up its sleeve, and if push comes to shove, it has a ready and willing ally in PML-N. Therefore, it is all the more important for the government to deliver on its promises and improve the life of the average Pakistani in an attempt to retain popular support.

Over the last ten years, for the first time in Pakistan’s history two consecutive parliaments have completed their constitutional tenure followed by a peaceful transfer of power. Robust political oppositions have kept a check on the government without toppling the fragile quasi-democratic dispensations. Several noteworthy constitutional amendments empowering the parliament and refining the democratic process have been passed. Nonetheless, Pakistan’s nascent democracy remains evidently anemic. The leader of the opposition’s claims confirm that the country’s powerful establishment continues to hold sway over political parties – even the seemingly anti-establishment parties. A vigorous democratic system free of the establishment’s control is still a distant dream. The only path to such an arrangement will inevitably go through a devolution of power to the local government level, implementation of democratic principles within political parties, and improved governance by political governments. Without enforcing these changes, chanting slogans of civilian supremacy while bargaining with the establishment will only hurt the cause of democracy.

The writer is a physician by training and writes about politics and healthcare.

Why is the government allowing congregational prayers during Ramzan?

Is America’s outlook towards Pakistan changing?

The BISP purge: A much-needed review or an assault on the poor?