The starlet kept a golden cup which she effortlessly used as her percussion instrument, similar to the way cups were used in the song. Crooning, she also managed to deliver a calm and decent version of the song, following which Azhar commented on her video saying, “This has to be your first single.”

Several others also appreciated Aamir’s effort, except for a user who commented saying “Mangnay wali lagrae hai (She looks like a beggar).” 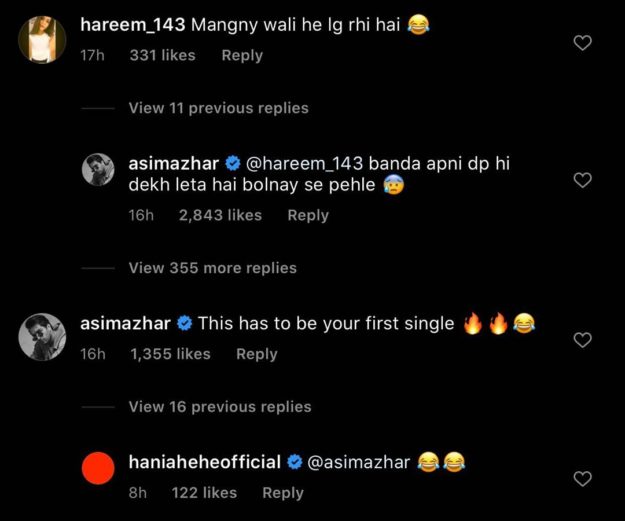 In his disappointment, Azhar, being his calm but protective-self quickly retorted saying, “Banda apni dp he dekh leta hai bolnay se pehle. (One should look at their own display picture before commenting on someone else).”

Nevertheless, Aamir did not pay heed to the derogatory remarks and her video continues to circulate on social media as we type.

Have something to add to the story? Share it n the comments below.