Popular actor and former VJ Syra Yousuf recently uploaded a no-filter and no-makeup picture of herself on Instagram and people were all praise.

However, when one user sympathised with her for “being replaced,” Syra knew exactly what to say.

The debate had been circulating social media for sometime now, with many comparing the actor’s recent dissolution of marriage with Shahroz Sabzwari and rumours of his companionship with model Sadaf Kanwal as a prime example of “being so beautiful but still replaceable.”

The notion was not taken in good taste by many as several argued if beauty was the only criteria for being replaceable in the first place. Others felt it was insulting to say the least, given that a woman of her stature could never be replaced. 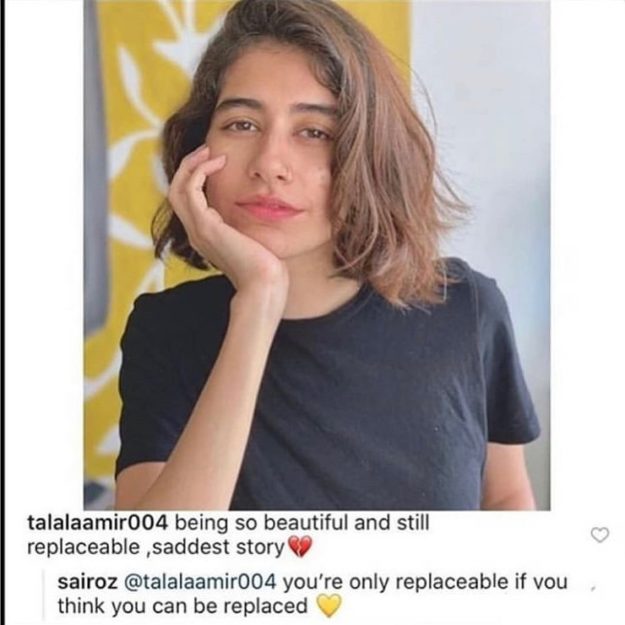 So when a user commented beneath Syra’s picture in an attempt to praise and sympathise with her at the same time, she responded by saying, “You are only replaceable if you think you can be replaced.”

The Mera Naseeb star’s comment instantly circulated various social media platforms and is clearly her official response to everyone else feeling the same way as the user.