KARACHI  : All hell broke loose on Sunday morning when ace guitar player, Faraz Anwar, decided to sell solos for a Benjamin on Fiverr – an online market providing freelance services. “I will record a professional electric guitar solo for your song for $100,” he wrote.

Anwar shared the ad on his social media and opinions started pouring in faster than he could pluck a string – that’s really fast. Many suddenly felt ashamed that a guitarist of his caliber ‘had to’ sell his services on a website for such a low price. Others told him to find better marketing avenues while one user even offered him $300 to take off the ad instead.

Vlogger Junaid Akram even shared Anwar’s ad on his Twitter saying, “I don’t know about you guys but this genuinely shattered my heart into a million pieces. Mizraab’s MHM (Maazi Haal Mustaqbil) album was my go-to CD every day after college. And to see the saviour of your gloomy days selling his million-dollar solos for a Benjamin solidifies the fact that we don’t respect true artists.”

Idk about you guys but this genuinely shattered my heart into a million pieces. Mizraab's MHM album was my go-to CD everyday after college and to see the savoir of your gloomy days selling million dollar solos for a Benjamin solidifies the fact that we dont respect true artists. pic.twitter.com/Y1aNLAaG2U

But did Anwar ask for the sympathy or was he just starting an online venture at a time when no live sessions or concerts were taking place around the world? Did he really feel as defeated while putting up the ad or was it just bold of many to assume it was a moment of sacrifice? The Express Tribune spoke to him.

“I am not ashamed of earning like this, so stop making it something I should be ashamed off,” the maestro laid it out, crystal clear. “Maybe they did it out of love, feeling I deserve better or I should demand more in return. But it’s very demotivating for an artist when all he’s doing is exploring a new market because unfortunately there’s isn’t one in Pakistan.”

The public response made Anwar realise how aside from having a lack of understanding of the kind of music he made, there was also a lack of awareness about the way the musicians functioned in our society. “I’ve come to realise that people over here have failed to understand how artists worked. To this day, they think that music can only be a hobby or a side business and that all of us are coming from affluent backgrounds.”

The Ujalon Mae hit-maker still hasn’t come to terms with how him providing freelance services could make so many uncomfortable. “I received sympathy like I was dead,” Anwar quipped, adding that “People still feel that the moment an artist decides to work on someone else’s idea he is ‘sacrificing’ his own, crushing his creativity for an alien vision.” 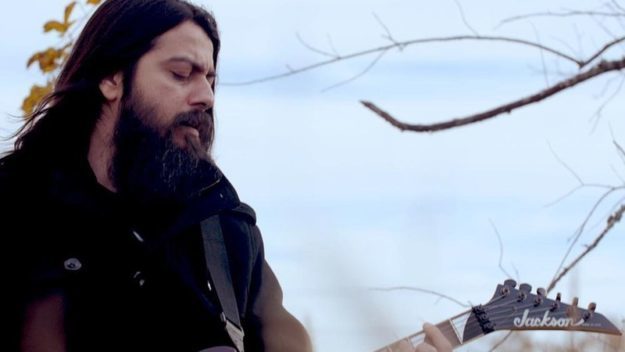 However, this tendency among the audiences hasn’t kept Anwar from relying on various streams of income, including online guitar lessons.

“There is no harm in earning from such gigs. Having said that, if people really feel that musicians deserve better, then they need to ask the authorities to support them instead of making them feel ashamed and demotivated – as if theirs was an art form, too holy to earn from­­.”

Anwar recalled how three to four years back when he went on to get his ID card made and NADRA officials asked him what he does, he told them that he was a musician. “They said that profession wasn’t even on their occupation list.”

As for the people wondering why Anwar only demanded a C-note in return for his ace guitar solos, he explained how a $100 was just the standard package on the website – adding that he hadn’t unlocked the premium packages yet. “But the pity and criticism I received was way more discouraging than the $100 I am charging,” Anwar lashed out.

The situation also reminded Anwar of the time people compared him to Amir Zaki for starting guitar lessons. They were ‘worried’ that he may also end up taking drugs in his ‘despair’

“Why can’t people just be happy for someone?” he questioned, wondering how every time he tried to move forward it felt like another nail in his coffin than a feather in his cap.

“Nobody buys your work here or wants to buy tickets to your concerts. There were barely ever any concerts before Covid-19 anyway. The music industry is in the mud, it does not exist. The only commercially functioning music platforms here are the ones funded by brands. And the music they’re selling is also revamped folk music we’ve been listening to for decades. No one is willing to let new music in,” he argued.

He went on to reiterate how many even told him to go abroad with his family and settle there. “I’m honestly tired of the unsolicited suggestions. And to that one person offering me $300 to take down the ad, all I can say is – kindly pay my bills too.”