KARACHI: Despite reported cases of people getting Covid-19 more than once surfacing — health experts around the world remain skeptical whether this is down to reinfection or are reactivation and testing issues of the deadly virus to blame.

The Express Tribune found the claim to be misleading as health experts say more research is needed to definitively prove this.Khwaja Siddiqui, a Pakistani-American doctor at Houston’s Baylor College of Medicine, said that Covid-19 could potentially cause reinfection.

He, however, clarified that more research is needed to definitively “know for sure if this is the case”.Dr Khwaja added that finding the answer to this question would change the public health outlook on the disease.

In the backdrop of a swath of cases of ‘reinfections’ in South Korea, China and parts of Europe, he said it had raised serious concerns over tackling the deadly virus which has brought the entire world to a standstill.”Sometimes you have patients who tested negative after initially testing positive and when they get retested weeks later they have the virus. Does this mean they were reinfected?”.

He explained that the most concerning explanation could be that these patients were infact reinfected.

“This would mean that the patient initially contracted Covid-19 and then completely cleared the virus from his system but was again exposed to it leading to reinfection,”Dr Khwaja said.He said another possible explanation could be that after the initial infection the patient was able to fight off the virus and suppress the virus from multiplying in their body.

“The viral replication has been suppressed but the virus is still not completely eliminated from the body,” the doctor went on to say.”At this stage, the virus would be undetectable but still present in the body.”

The doctor said that later on the virus can suddenly become active again and start reinfecting cells, adding that,”They could test postive once more”.

He said that this would constitute reactivation instead of reinfection as the virus had never completely left their body to begin with.”The coronavirus test is not perfect to begin with you see… there are multiple false negatives. So these patients were positive for coronavirus from the start,” he said.

He said the virus remains in the body for several weeks, adding that, “We still have limited information on this new virus”. 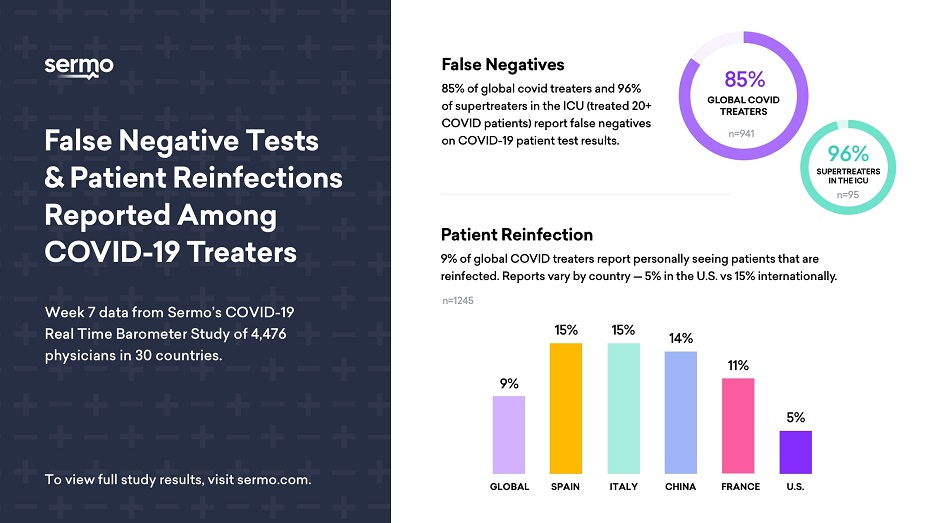 “So far we are mainly relying on testing for the presence of viral DNA in the body and extensive antibody testing will reveal the natural history of the disease.”Khwaja said reinfection has been seen with other coronaviruses and Covid-19 is caused by a virus belonging to the same family.

Earlier this month, South Korea confirmed that at least 350 of its citizens had once again tested positive for the coronavirus.But after weeks of research, they now say that such test results appear to be “false positives” caused by lingering – but likely not infectious – bits of the virus and not reinfections.

The World Health Organisation confirmed in a statement that a patient’s recovery does not mean they will develop immunity from contracted it once more.

“There is currently no evidence that people who have recovered from COVID-19 and have antibodies are protected from a second infection. People who assume that they are immune to a second infection because they have received a positive test result may ignore public health advice,” the communique reads.