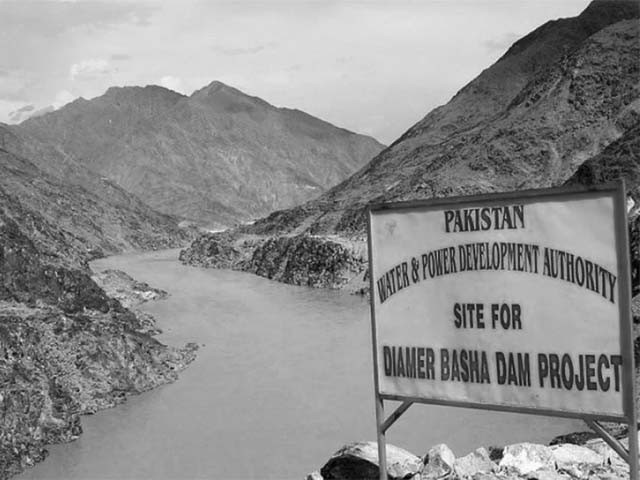 With the recent signing of the accord between Pakistan’s Frontier Works Organisation (FWO) and Chinese state-run China Power to build the Diamer-Bhasha dam, the debate around its impact on the decrepit Indus Delta has been renewed. It is argued that the dam will further damage the delta and its ecology, harming the lives of those who live there.

The rationale for building the dam is that it will add 4500 MW of electricity to the National Grid and its 6.4 MAF usable water storage capacity will alleviate the irrigation shortage in the Indus Basin arising from siltation in the existing reservoirs. The dam is also expected to reduce the intensity of floods that occur during the monsoon season. It is also stated, though not officially, that India’s construction of dams on the Indus River has reduced the water flow in Pakistan and we have to build dams of our own to prevent the water being wasted as it flows out into the Arabian Sea.

But, from an ecological point of view, the water which runs down into the sea is not being wasted. The river brings with it sediments that form a bulwark against the sea when they get deposited as the river and sea meet. This soil supports the growth of mangroves and marine life, and prevents the salination of groundwater via the sea. When less sediments are deposited, the soil of the delta crumbles downward, thus allowing sea water to encroach inwards.

The reduction of deltas is not only due to the building of dams. Other anthropogenic activities such as diverting waters to canals, groundwater extraction, oil and gas extraction, and fisheries can also have an impact. Climate change, too, is shown to contribute slightly. This is why the Indus Delta has been receding since the mid-19th century even though dams have only come in the fray after Partition.

The Diamer-Bhasha dam is also a political exercise. Ever since India stopped Pakistan’s waters on April 1, 1948, the political and security angle became prominent. With the Indus Water Treaty of 1960, Sutlej and Beas dried up, yet India did not stop constructing dams on the Indus and its tributaries leading to the Kishenganga altercation. Given then Indian prime minister Narendra Modi’s threat to stop water from flowing into Pakistan and Indian objections to this latest Diamer-Bhasha episode, the security angle seems justified to Pakistani policy-makers.

Can this dam increase our resilience against floods? Dr Hasan Abbas, UNESCO Chair on Knowledge Systems for Integrated Water Resources Management at COMSATS Institute of Information Technology, believes that the 135 billion cubic metres (BCM) of water, that comes down during the floods in monsoon, is far beyond the water-holding capacity of existing and even those dams envisioned in the future. According to him, dams are not built to mitigate flooding, which is incidental; their real purpose being storage and power generation. He proposes alternative techniques such as natural flood management schemes that divert flood waters which can be used for irrigation, and are used in other countries with a lot of success.

Then comes the argument that dams are useful as they generate electricity. It is true that the United States (US) has been dismantling several dams, alongside countries in Europe, but it must be noted that they haven’t been able to switch to green energy to the extent they had wanted to. In fact, most of the energy in the US is still generated by fossil fuels, whereas Germany’s plans to shelve fossil fuels completely have been unsuccessful. The green energy alternatives such as wind and solar are too inconsistent in many places to sustain a national grid, hence putting a limit on their capacity. Solar is completely dependent on lithium-batteries which are hazardous for the environment and use enormous amounts of water during extraction.

Nuclear energy seems a viable option as its power generation capacity matches those of fossil fuels. However, it is expensive and (rare but infamous) disasters such as Chernobyl have created a stigma around its usage that prevents its rapid development. Nuclear energy is one area Pakistan should eventually move towards, lifting the burden from both hydal power and fossil fuels.

Hence, it seems that the Diamer-Bhasha dam is inevitable, which is why we must return to the question of whether the Indus Delta can be saved. We find that Sindh demanded 10 MAF (million acre feet) of water under the Water Appointment Accord of 1991. Dr Altaf Siyal, head of the Integrated Water Resources Management Department at the US-Pakistan Center for Advanced Studies in Water (USPCASW), believes 25 to 35 MAF is needed to reclaim the delta. Dr Hasan Abbas believes that apart from a complete dismantling of dams, better irrigation practices can save water which can be redirected to the Indus Delta. Cross dams, such as the ones being built in Bangladesh near the river delta at Naoakhali-Urir-Char, can recover sediment from the river that would otherwise be washed into the sea. Cross dams had been built there in the past in 1957 and 1964, when Bangladesh was part of Pakistan. The federal and the Sindh government in August 2019 agreed to build a barrage on the Indus, 45 kilometres from the sea for reclamation of the delta. Dikes built near the coast on the Indus also aid in reclaiming land, while mangrove tree plantations on a massive scale can also help hold the ground.

The issue of the dam and the delta is a curious one when we consider the devastating floods of 2010. A 2012 study showed that the floods were actually beneficial for the delta, even though they resulted in the deaths of over a thousand people. With climate change expected to gradually melt our icecaps and increase the severity of weather extremes, we could face years of flooding followed by years of drought. The government needs to address these diverse issues and devise effective strategies to combat the multiple challenges of delta erosion, power generation and flood control. It needs to demonstrate to the people of the Indus Delta that their needs are just as important as everyone else’s.

The writer is an independent researcher based in Islamabad. He tweets @_merajhasan (twitter.com/_merajhasan)

Was Pakistan always destined to become an Islamic republic? – Part 2

Was Pakistan always destined to become an Islamic republic? - Part 1

Why is the world embracing right wing politics?